Marva- A Taste of the Israeli Army 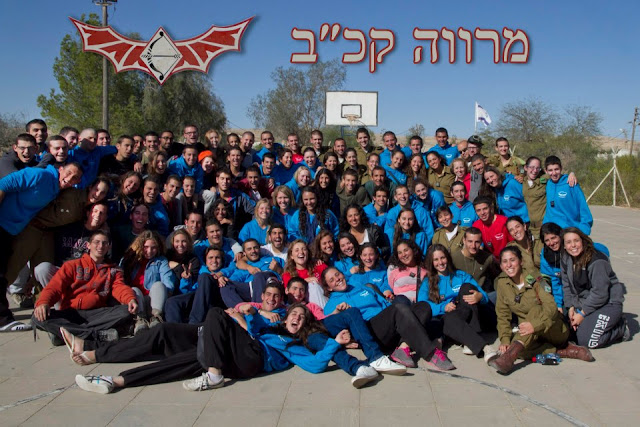 Marva Course 122-Words can not describe what an amazing experience it was but for the sake of blogging, I'll try anyways. Marva is an 8 week long army program open to teenagers from around the world who wish to get a taste of what every teenager in Israel has to go through when they finish high school. Throughout the 8 weeks, we learned about the ideals and history of Israel and the IDF (Israeli Defense Force), got a small taste of the intense training that combat soldiers go through for 8 months, and had the chance to truly test our limits. What made it even more fun was that I was doing it with kids my age from the USA, Canada, Brazil, Mexico, and England that I know I will be in touch with for many years to come. As my friend from Marva Cole Fisher said, "I can't believe people come to Israel for a year and don't do this program!", and I agree. What better way is there to get to know life in Israel, than through the eyes of what almost every Israeli over the age of 18 has gone through.

Besides for screaming orders at us and telling us to do more pushups, our commanders had something different and challenging planned for us every week. Each week was special in its own way but in order to keep this short, I'm going to highlight my 3 favorite weeks of the program: field week, north week, and Jerusalem week. During field week, we pitched hundreds of tents and slept in the desert, had the opportunity to shoot an M16 for the first time, learned how to camouflage ourselves completely, navigated according to the stars, and scaled up a mountainside silently in the middle of the night in attempts to reach the top and capture the flag without being caught by a single commander. On the last day of field week, there was a competition to see which group of "soldiers" could reach the peak of the mountain first after completing a series of tasks. These tasks included building a sturdy tent in 2 minutes, running with stretchers while carrying enormous sandbags on top, and running to the top of the mountain that we had scaled the night before. Although we didn't succeed in reaching the top first, we learned the value of making sure nobody got left behind and still had an amazing week. 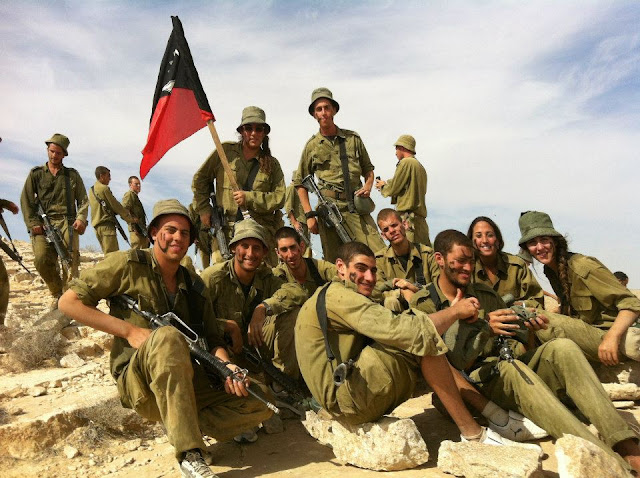 During north week, we traveled all across the north of Israel learning about Israel's geography and borders, seeing where Israel's most famous battles took place even if Israel was not victorious, and learning how important the Golan heights are to Israel's safety today. We traveled through mountains, hills, and riverbeds and honestly, I don't recall one moment during the week where we weren't shuffling our feet from one place to another. One of my favorite moments of the week was meeting and speaking with Israeli war legend Avigdor Kahalani who received a medal of distinguished service for his service during the Six Day War. Without his heroic actions, the Golan Heights may not have been part of the country of Israel today. Throughout the week we had a chance to meet many Israeli soldiers from different units and hear about their experiences in the army. North week was a week I am sure I'll never forget.

4 more amazing weeks went by filled with navigation, sports, discipline, and more physical training and in the 7th week of Marva, we began a week in Jerusalem. To begin, I'll say that I had already been to most of the places we went in Jerusalem but doing it in a uniform of the Israeli army, while carrying around an M16 was a completely different feeling. I don't know how to describe the feeling other than it gave me pride to walk around the capital of the country wearing that uniform. We went around all the religious quarters of the old city, saw the city of David, stood at ammunition hill where the Israeli army held off the Jordanian army during the Six Day War, toured the Knesset where the Israeli parliament sits and makes decisions, learned about the Holocaust at Yad Va Shem, and stood at Theodore Herzl's grave, the founder of Zionism and one of the reasons this country exists today. But none of these places gave me more pride than standing at the Western Wall on the last day wearing that green uniform, the wall that Jews had been praying at for the past 2000 years and had been taken from them countless times up until the 1967 war when the Israeli Army gained control over it once again and to this day remains the holiest site in the world for the Jewish people.

Marva was an experience of a lifetime and up to today was one of my favorite experiences on Year Course. It's amazing how fast 8 weeks flew by and that it's all over but I know that I will take the lessons I learned on it with me wherever I go and to anyone coming to Israel for more than 3 months, I definitely recommend doing it.